Agenda: To raise funds by auctioning off autographs and other memorabilia to buy an old trailer. Once renovated it will be used to house The Traveling Storytelling Production Company. (Live Small!)

Something along the lines of this... ^ 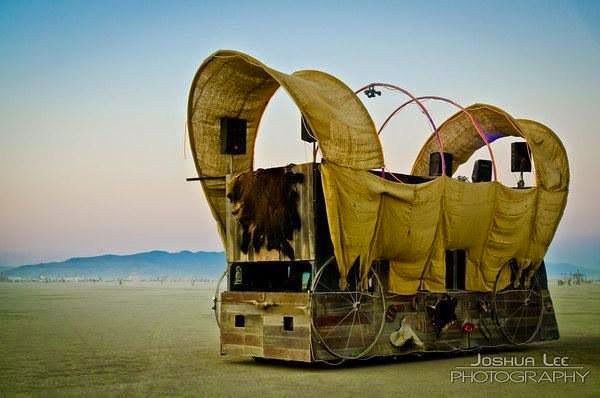 
My personal statement as well as my portfolio is here.

I collected these autographs during sound checks and after shows, during the time I was a stagehand for a few years in Portland, starting at the Paramount. After I got my union card I worked other venues as well. Before the Paramount was union, we who worked there were known as rats, and were led by Freeman Hatfield, the stage manager. The hall seated around 3,000 and had great acoustics as well as a labyrinth of hallways and tunnels beneath it, home to some serious Local Color and skeptical enterprises. The remodel to the Schnitzer changed all of that.

During this time John Bauer Concert Company, besides having a really cool logo, was offering up a set of concerts called Catch a Rising Star. They were 92 cents, based on a local radio station, KGON @ 92.3 FM on the dial. Tom Petty and Elvis Costello, Heart and ABBA were just a few who played.

More anecdotes accompany the auctioned items listed at the top of this page. Most of the autographs and letters are personalized. Everything is in good condition, some is great. I've noted things that are rough like the Patti Smith Wave tour flyer which she signed. Still. It's Patti Smith people. Sorta hurts me to give it up!

The signed LPs include the vinyl which probably isn't in great shape. Some, like Jesse Colin Young and Bonnie Raitt got played 100s of times. The JCY one is very sentimental; that particular tour is the first time I met one of my big heroes and his kindness to me has kept me going for thirty five years. It also propelled me into a life with rock and roll always present, and my years as a stagehand.

Ted Nugent was really kind to me too. Go figure. 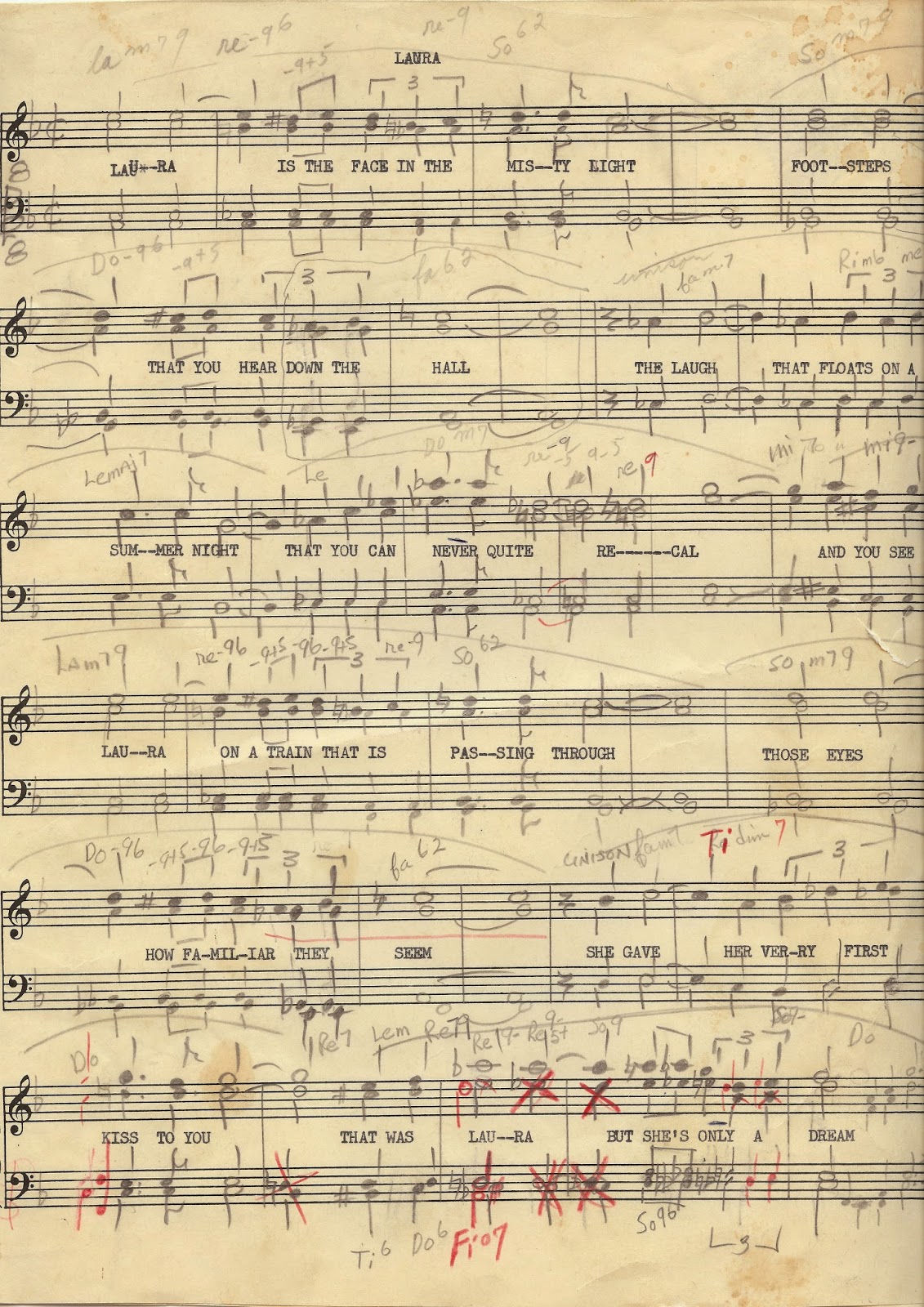 A hand written arrangement of the jazz standard Laura, for which I was named, by my father Wayne Davis. Key of F, a Four Freshman sound.

Jesse Colin Young signed LP, inscribed: "To Laurie. I hope you enjoy the music and it gets you high."
One of the first shows I worked as a stagehand at the Paramount. The usual procedure was to do the load-in and then most of us would get a break during the soundcheck to eat or fuck around and then we'd have a call back around 5pm to work the show and then the load-out. If it was a really cool rock show (and really cool rock shows were defined solely by the rest of my crew, all men, mostly all young) like ACDC or something, then they would continue to mill around during the soundcheck to get their autographs and all that jazz while pilfering the catered food. Not that I cared because I pilfered it too.

Point is, no one milled around during JCY but me! And I stood there by the rail as still and quiet as I could be while they practiced and did the soundcheck. And everybody was there! Scott Lawrence and his sister Susi, Jesse's wife! and the bass player and the drummer! and they looked just like their pictures! And Jesse was so amazing in real life even more amazing than on vinyl!

And then came the time I had to either ask for his autograph or I'd lose my chance. They were all starting toward the door. I was terrified. But I made myself do it. And Jesse was so very kind to me and he asked me about my writing and my music and asked why not art? So that's the story behind this one.

Sid Caesar and Ginger Rogers & Cast tour program along with the Celebrity Attractions program also. Really good shape. Back cover a bit faded - hot pink paper sorta rubbed white.
There's a really lovely story here but it's too personal to give all the details. And besides, it's too long. But I was very young, with a two year old, naive and shy with these weird holier-than-thou morals. But I did get to speak with Mr Caesar and after the last show when the cast came to say goodbye, he waltzed me a few steps. Be still my beating heart. Still!

Patti Smith as noted above a black and white flyer from the Wave tour.
Also, as noted above re: milling around backstage, no one and I mean NO ONE was backstage for this show but me. There might have been some boyz crammed into Freeman's office. No doubt. I actually don't remember a time when Freeman left his office during a show. During a load-out? Well, naturally. (Speaking of Mr Freeman Hatfield: please go to this link here to read about my proposed Wiki).

The drummer cut his hand. Patti and I had a small conversation. Everything was in a trance. Time stopped. The music was the strangest but most seductive I had ever heard since Lush Life when I was seven or whatever. Patti talked to me. She called me out when I asked her to sign my flyer. She said, and I may have the exact words in a journal somewhere not sure, but she said some things that made no sense to me. They felt foreboding. I always remembered them that way. That there was suffering. Something like that. Her presence was so entirely huge and enormous and charged I started shaking. I was young and trying to follow in her footsteps but the times had already changed so much I was completely left behind. I was making my last stabs.

My guitar case and original guitar given to me by my parents for Christmas the year I was in 6th grade. I played that guitar, and that guitar only, until the summer of 1990 when someone gave me a nice Yamaha. It was the first steel string guitar I'd ever played for more than a few minutes at a time. The first song I played on it was Blue Umbrella by John Prine, a song I was particularly fond of that summer.

The original guitar is JESUS ROCK PICTURE an Aria classical, circa approximately 1970, a wide neck, nylon string BEAST of a guitar. I beat on its body like a drum, scratched it to heck banging out Me and Bobby McGee with picks (to amplify huh) and eventually warped its neck so much that it's not easy to play these days. It was also the guitar I used to lead the rhythm sections of the various Jesus Rock bands and choirs I was a part of in my youth. Long ago.

Finally, this quote from Danae Ringelmann, co-founder of IndieGoGo:

“Entrepreneurship is simply taking an idea and turning it into reality. It requires a clear vision for what’s possible, a strong “why” or “reason for being” to warrant that vision, and a robust resilience to guide you through the many forms of resistance (e.g. rejection, ridicule, self-doubt) until you realize that vision. A great entrepreneur is someone who keeps saying ‘yes’ to what’s possible, when the world is saying ‘no’ to the unknown.”
Posted by Laura Davis at 11:29 AM 1 comment: